Whether you’re attending a 90s themed party and need some outfit inspiration, or you simply want to relive the decade from your youth, I’ve put together a list including 19 inexpensive but effective outfit ideas below on what to wear to a 90s party.

The 90s was the decade of grunge, the Spice Girls, and 90s hip hop. I saw oversized knitted jumpers, overalls, and the fanny pack.

While some of these trends are best left in the 20th Century, there is a lot that has already made their way back around.  As with any themed event, you don’t have to spend a fortune to get the luck, and thrift stores can be your best friend for this type of occasion, so get rummaging.

They come into and go out of fashion every couple of decades. They were introduced and hugely fashionable in the 1960s and they came back around in the 1990s.

In fact, they’re back in fashion again so there’s a good chance you have a pair of flared pants in your wardrobe. If you’re going shopping, consider either culottes or full-length pants.

The benefit of a pair of flares for your outfit is that they are really comfortable and they go perfectly with block heels too. For the shorter wearer, they also have the added benefit of making you appear taller.

Denim never goes out of fashion, but one look that almost always has the polarized opinion is that of double denim.

This is another look that is pretty easy to achieve, too, because you probably have both layers of denim – it’s just that you wouldn’t normally consider wearing the two layers together.

Grab a denim skirt or mum jeans, wear it with a denim shirt, and go all out by combining it all with a denim jacket for a triple denim finish.

PVC clothing of the 1980s was stiff and had a tendency to make you itch.

Fortunately, if you buy a modern pair of plastic pants or a plastic skirt, it tends to be a bit more pliable and a lot more comfortable.

The Fresh Prince of Bel-Air was a cultural phenomenon. As well as launching the career of Will Smith, it was known for its bright, hip hop outfits.

Think bright pink and yellow, and make sure every item of clothing is oversized, combine it with a baseball cap worn back to front, and you can rock the hip hop look. Dungarees and big puffed out jackets were also a part of the craze and you really can go wild with this look.

Rollerblades were a sensation in the 1990s. They were fun, encouraged people to get out and exercise, and they were considered an upgrade on the traditional roller skate.

They also combined perfectly with a Sony Walkman from the same era. This particular trend might be best avoided if you don’t think you’ll be steady on your feet all night, but if you can remember how to roll in them, they will certainly make an impact.

There’s a chance you, or somebody you know, has a pair still in the back of the wardrobe, too. Otherwise, they are readily available in sports stores and online.

Britney Spears hit the charts in the 1990s and she certainly wasn’t above jumping on some of the questionable fashion trends of the decade. As well as being a regular wearer of double denim, she encouraged women of the time to wear plaid skirts.

Go for a similar look with a tied shirt or, if you’re not comfortable in a plaid skirt, go for an oversized plaid shirt.

Plaid was literally everywhere in the decade. It was a huge part of grunge fashion, as well as pop fashion, so it should be a major part of your outfit choices.

When it comes to hair, you can go big and go wavy, or you can go grunge. If you’re going to tie your hair back, though, you need to go “scrunchie.”

Scrunchies were massively popular, and by using one to tie a top knot, you’ve basically owned the 90s hairstyle look straight away. Braided hair was another popular choice, so there are alternatives to the scrunchie top knot look if you’re feeling creative.

Crop tops were popular with everybody in the 1990s and not just women.

Put a crop top under your denim jacket, tie your hair in a top knot and you’ll be feeling the 90s more than ever.

They may have been British but The Spice Girls were a global phenomenon. They championed the girl power movement, and they encouraged women to be confident in everything they did, as well as in the outfits that they wore.

They were almost as well known for their mini dresses as they were for platform shoes. If you can find a plaid mini dress then you get extra points for combining a number of the decade’s favorite trends.

The fanny pack, or bum bag, was as practical as it was popular. They meant that women of the time could have tiny fashion pockets and not have to drag a bag around with them.

They could be worn as a belt, which was the intention behind their original design or thrown casually over the shoulder. They are still available in a host of stores and places.

Go for leather, plastic, or plaid for a truly authentic look.

Overalls were basically the same as dungarees. They were typically, but not always, made from denim, but you can also find corduroy pairs or chinos.

Wear them with one strap hanging down for the authentic Fresh Prince look, combine them with a choker, or add a denim jacket if you want to pull off the double denim look.

On the point of chokers, these were hugely popular in the 1990s too.

Cargo pants are coming back into fashion once more. They were worn by girl bands like All Saints, who were popular at around the same time as The Spice Girls, and they were typically worn baggy, such was the fashion in the 1990s.

They were usually floor-length, so if it’s a wet night, expect your pants to get soggy right up to the knees. They tended to be green or brown, and the more pockets the better for the true 90s look.

The shirtdress was effectively a really, really long shirt that finished just above the knees.

Buttons ran all the way down from the top to the bottom of the dress, and there are denim variants of the dress available, allowing you to go all-out 1990s.

It wasn’t all girl power and hip hop in the 1990s. In fact, it was the grunge decade as well.

Grunge fashion was typically bought from thrift stores, where it is still readily available. Clothes were loose fitting so as to de-emphasize the body’s form, and there was no way of differentiating men’s and women’s grunge clothes.

Big knitted sweaters were a common part of the grunge look and, if you’re struggling to picture exactly what we’re talking about, just Google Kurt Cobain. If you can find a long-sleeved sweater with holes in the sleeves–it’s perfect.

The floral print was another common clothing trend at this time. In fact, you could get floral print on everything from headbands to dresses and even jeans.

If you’re going to a summer or spring garden party, then a floral slip dress is perfect, but if it’s winter, you might want to opt for something bulkier and warmer.

A cardigan would make a great choice. There were a number of styles of cardigan that were popular.

The grunge style knitted cardigan was obviously a common choice, but windbreakers had become popular and those with a floral pattern were also seen on the backs of women at the time.

As with a lot of fashion of this era, they tended to be baggy or oversized.

Leggings are another fashion item that is in and out of fashion almost as often as the decade changes.

You probably have some leggings lying around now, and if you can combine a pair of plain black leggings with an oversized knitted jumper or cardigan, you have basically perfected the everyday 1990s look.

Flannel shirts, which have to be oversized and can certainly be plaid in their design, are another good choice, especially if you think you’re going to be cold at your 90s do.

They could be tied at the waist or draped over a band t-shirt at the time, and both of these looks are easily achievable today.

So there you go. I hope I was able to help you with outfit ideas on what to wear to a 90s party!

Enter your email below to get access to 7 of the biggest hacks fashion bloggers to stay ahead of the curve.

This site uses Akismet to reduce spam. Learn how your comment data is processed. 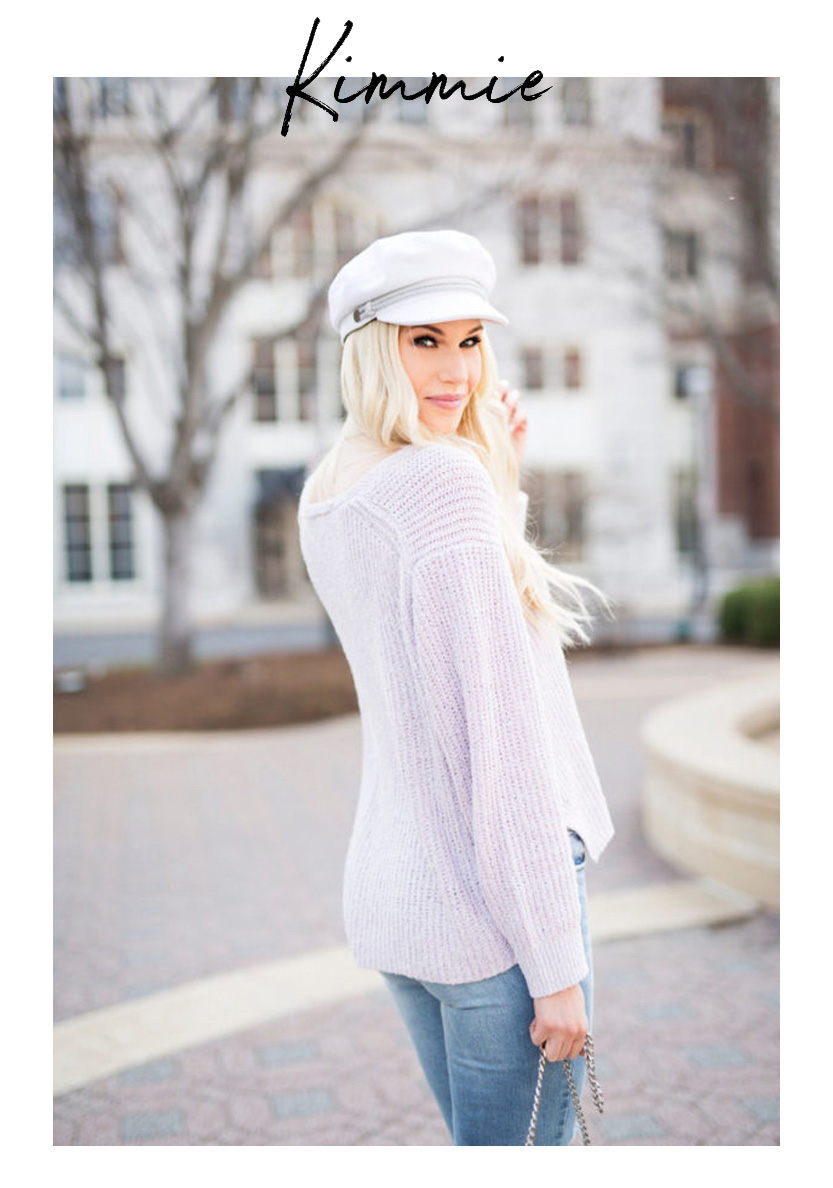 Chicago girl living in St. Louis. Obsessed with fashion, makeup, and making people feel beautiful. Thank you for stopping by!